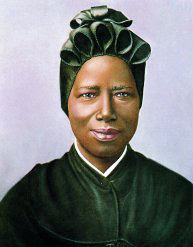 St Paul reminds the Ephesians that before their encounter with Christ they were “without hope and without God in the world” (Eph 2:12). Of course he knew they had had gods, he knew they had had a religion, but their gods had proved questionable, and no hope emerged from their contradictory myths. Notwithstanding their gods, they were “without God” and consequently found themselves in a dark world, facing a dark future. In nihil ab nihilo quam cito recidimus (How quickly we fall back from nothing to nothing)[1]: so says an epitaph of that period. In this phrase we see in no uncertain terms the point Paul was making. In the same vein he says to the Thessalonians: you must not “grieve as others do who have no hope” (1 Th 4:13). Here too we see as a distinguishing mark of Christians the fact that they have a future: it is not that they know the details of what awaits them, but they know in general terms that their life will not end in emptiness.
Only when the future is certain as a positive reality does it become possible to live the present as well.
So now we can say: Christianity was not only “good news”—the communication of a hitherto unknown content. In our language we would say: the Christian message was not only “informative” but “performative”. That means: the Gospel is not merely a communication of things that can be known—it is one that makes things happen and is life-changing. The dark door of time, of the future, has been thrown open. The one who has hope lives differently; the one who hopes has been granted the gift of a new life.
To come to know God—the true God—means to receive hope. We who have always lived with the Christian concept of God, and have grown accustomed to it, have almost ceased to notice that we possess the hope that ensues from a real encounter with this God. The example of a saint of our time can to some degree help us understand what it means to have a real encounter with this God for the first time. .......
I am thinking of the African Josephine Bakhita, canonized by Pope John Paul II.
She was born around 1869—she herself did not know the precise date—in Darfur in Sudan. At the age of nine, she was kidnapped by slave-traders, beaten till she bled, and sold five times in the slave-markets of Sudan. Eventually she found herself working as a slave for the mother and the wife of a general, and there she was flogged every day till she bled; as a result of this she bore 144 scars throughout her life. Finally, in 1882, she was bought by an Italian merchant for the Italian consul Callisto Legnani, who returned to Italy as the Mahdists advanced. Here, after the terrifying “masters” who had owned her up to that point, Bakhita came to know a totally different kind of “master”—in Venetian dialect, which she was now learning, she used the name “paron” for the living God, the God of Jesus Christ. Up to that time she had known only masters who despised and maltreated her, or at best considered her a useful slave. Now, however, she heard that there is a “paron” above all masters, the Lord of all lords, and that this Lord is good, goodness in person. She came to know that this Lord even knew her, that he had created her—that he actually loved her.
She too was loved, and by none other than the supreme “Paron”, before whom all other masters are themselves no more than lowly servants.
She was known and loved and she was awaited. What is more, this master had himself accepted the destiny of being flogged and now he was waiting for her “at the Father's right hand”. Now she had “hope” —no longer simply the modest hope of finding masters who would be less cruel, but the great hope: “I am definitively loved and whatever happens to me—I am awaited by this Love. And so my life is good.”
Through the knowledge of this hope she was “redeemed”, no longer a slave, but a free child of God. She understood what Paul meant when he reminded the Ephesians that previously they were without hope and without God in the world—without hope because without God. Hence, when she was about to be taken back to Sudan, Bakhita refused; she did not wish to be separated again from her “Paron”.
On 9 January 1890, she was baptized and confirmed and received her first Holy Communion from the hands of the Patriarch of Venice. On 8 December 1896, in Verona, she took her vows in the Congregation of the Canossian Sisters and from that time onwards, besides her work in the sacristy and in the porter's lodge at the convent, she made several journeys round Italy in order to promote the missions: the liberation that she had received through her encounter with the God of Jesus Christ, she felt she had to extend, it had to be handed on to others, to the greatest possible number of people. The hope born in her which had “redeemed” her she could not keep to herself; this hope had to reach many, to reach everybody.