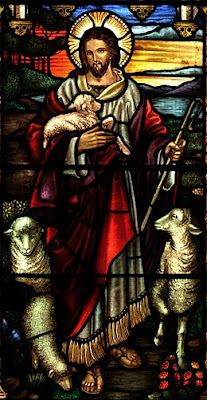 I am a bit a movie buff and watch all sorts of movies (except horror). Since the late 1950s the emphasis in heroes in movies has changed from the reliable virtuous uncompromising character played by a John Wayne, Gary Cooper or Spencer Tracy where the hero could be relied upon to deliver the goods, and where concepts of good and evil were clearly defined, perhaps influenced by the very clear boundaries and principles fought over in World War II.

This all began to change in the late 1950s to the ‘Rebel without a Cause’ type of anti-hero with the tragic, flawed, angst-ridden character in a leading role. Gritty determination, foul language, womanising and the end-justifying-the-means to track down the villain became the characteristic ‘values’ of a new generation of ‘good guy’ actors in the moral free-fall of an America represented by a James Dean, Clint Eastwood or Gene Hackman. Good and evil became blurred.

Since the late 1970s the modern movie industry has discovered that there is a ton of money to be made by putting fantasy action heroes in the big screen. Superman, Spiderman, and Batman have each been on the screen in two different franchises each. Coolness, one-liners and special effects and computer graphics characterise the mostly family-friendly modern action hero movies. Good and evil are back, even if the heroes are now superhuman.

What is it with the world’s enduring fascination with these heroes and superheroes?

Part of the attraction is that these movies of course contain simple stereotypes that have universal appeal. We men want women to swoon and faint at the sight of the hero, we (men) want women to be needy, vulnerable, in distress and we want them to be saved – by us! Women want a muscular, handsome, rugged, scarred and proven, faithful hero. They want to be saved, and they will stand by their man! Women want to be cherished and feel safe and protected.

Men, on the other hand, want to be the ones to win over, and be favoured by, the beautiful damsel. Men want to be valued, looked up to, admired, and singled out, needed and valued for their heroism, integrity, principles, courage, risk-taking, perseverance. In all of the action though men - deep down - need a plan and a quest, an adventure and a meaning and overall plan and purpose in life in which they and their role seem to make sense, that there is a meaning to all of this.

Action hero movies, while a mostly innocent form of escapism, have appeal therefore to these basic needs and drives in all of us that there is a higher plan, a marvellous story, and secretly we all want to engage in one.

Do we realise however that we are all the heroes and heroines in our own stories, that God has an over-riding plan for you and me? That he wants us to be saints, possessing heroic virtue with His help. You and I may not be much to look at, but inside we are!

We all have a story, and I think that it is what is most fascinating to me about people and life generally. We all struggle to make sense of it, as we cannot see what lies ahead, and we cannot undo what has led us to this point. We are capable of, if not always open to, change in our path where it is necessary. We may not have as much drama or action, but we have turning points, fateful days and crunch decisions to make that will determine our fate.

The author, John Eldredge has written much on this topic. It is the departure from the quest and the plan of life that God has set out for each of us that is the source of so much unhappiness and cynicism. Why, if there is no game-plan, do we get out of bed in the morning? We are unique, none of us is replaceable, and there will never be anyone quite like you or me! We all have a unique vocation in life, from the day of our Baptism and Confirmation to be God’s witnesses in the world. As Pope Benedict XVI has put it: ‘each of us is loved, each of us is necessary.’

Reading the lives of the saints - the best stories of all – can be an inspiration to us in our morally confused world and the uncertainty of so many in their misdirected unending quest for lasting notoriety and the cult of celebrity. These ordinary men and women on the other hand stuck by their principles in the face of adversity, and won the (unsought) admiration of all.

Who could not be struck by the drama of the life of Blessed John Paul II? His biography is worth reading. Or Blessed Mother Teresa of Calcutta, St Maria Goretti, St Francis of Assisi, and so many more. What we all yearn for is ultimately love, meaning, and a sense of direction.

All of these are summed up in one word –‘vocation’.

Yes, you and I have one. They are different, but they are complementary – in the married, single, priestly, or religious state of life. Christ calls us and chooses us to this. So it is our relative nearness to Him and willingness to be guided by Him in ongoing continuous daily habits of mental prayer that helps us to make sense of every day, of ourselves, of our world, and to expand our horizons to see our role in it.

That, to me, is what Vocations Sunday is all about.

Let us therefore be open to Christ, or in the words of Blessed Pope John Paul II: – ‘Open wide the doors to Christ’. If we could just let Him in, and then watch what happens....
Posted by FrJohnCobh