Fifth Sunday of the Year A 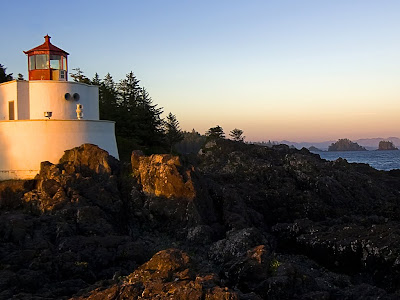 Remember the story of a boy who was taken to Mass every Sunday and he was always looking attentively at the stained glass windows? He was asked at school if he knew who or what a saint was, and he answered simply and profoundly – ‘a saint is someone the light shines through.’

I recall meeting (soon to be Blessed) Pope John Paul II quite by accident in 2002, if there is such a thing as ‘accidents.’ My one recollection is that he seemed to be luminous. Yes, there was strong lighting in the indoor auditorium at the Vatican, but as I knelt and kissed his ring, in those short moments I got the distinct impression that I was in the presence of a saint – and he seemed to glow a shimmering light. I have had this impression confirmed by a Polish woman I met in Krakow in 2009 who saw him on more than one occasion. She agreed that he appeared to shine.

The word ‘light’ is mentioned 7 times in the readings of today. But it is not an abstract idea – we are given concrete, practical ways in being a ‘light’ to others. There is a very clear link between being a light and the performance of good works.
When we are surrounded by so much darkness, the light shines all the brighter, and stands out more. The readings tell us that Jesus is the light of the world, but so are we called to be in practical ways.

Taking pity and lending, feeding the hungry, clothing the naked, giving shelter to the homeless, not turning our backs on our own family, generous and persevering, being open-handed instead of a clenched fist – the fist of violence and the fist of meanness, ‘grasping’, unjust, and doing away with wicked speech. We are to do all this by being a good example – not hypocritically but with a pure intention, so that God might be praised and not us. A light of the world is someone who is just and merciful in all their dealings with others, who selflessly does good works – perseveringly, consistently and not sparingly or infrequently. The praise is for God not for ourselves. We must be motivated by being a sign, not a destination or cul-de-sac.

Our faith in Christ must have a knock-on effect, as it were. We think of Blessed Mother Teresa, who was light and yet mysteriously suffered so much interior darkness. Her book describing her incredible years of darkness (depression?) is entitled ‘Come Be My Light’. Christ was her light – and like the lighting of one small tea light to another – we too are called to pass on the light we have received. All energy in the planet comes ultimately from the sun. All spiritual energy comes from the Son of God.

It’s amazing how we tan ourselves and yet we know we must be exposed to the right kind of light. The same is true for us spiritually – there is a certain glow of radiated joy in a holy, saintly, self-sacrificing person, who smiles and acts out of genuine Christian joy because they have been exposed to Christ in prayer. We too are called to be like them. We benefit and feel better and maybe even challenged to be better Christins, even saints ourelves (imagine!), as a result of being in their company. But as we might try hard to get a great skin colour (even from a tanning salon which is an imitation of the working of the sun's UV rays) we should be more anxious to go to the source of all light – Christ – who is THE light – of the world.

We must draw close by prayer – especially before the Blessed Sacrament – as well as imitating the kind of life he lived, which was not for Himself alone, but for others. It was the life that Pope John Paul II called living according to ‘the Law of the Gift’ – complete self-giving and God cannot be outdone in generosity. Mother Teresa lived this kind of life, that the more you give, the more you get back. The reading and the Psalm give us the formula of this kind of life.

We are called to examples of light to one another. How do we measure up? How do we score? How bright are we?
Posted by FrJohnCobh

Email ThisBlogThis!Share to TwitterShare to FacebookShare to Pinterest
Labels: The light